skip to main | skip to sidebar

HOME OF LIAR AND THIEF

You Mr, Obama are a scurvy FUCK TURD...no, that is too good for some low life despicable pernicous assed son of a fucking bitch who PROMISES TRANSPARANCY, then stacks the DECK at your Internet Town Hall....GOD, you DISGUST ME YOU SLIME ASSED EEL....go crawl back into whatever BLACK HOLE you came from! No, not being RACIST, calling you out for the lying piece of shit scum that you are! George Bush stacked his TOWN HALLS, and now it seems as if you crawled right out of his nut sack to continue the tradition.

CHANGE? Your Iraq and Afghanistan strategies are GEORGE BUSH's but why should that really surprise us, you kept his military piss ant Mr. GATE's. If America's 18-40 year olds are reading this post...DO NOT ENLIST...a police action in Afghanistan is NOT WORTH DYING FOR, a college education not worth risking your life over. NO RECRUITS, HE HAS TO PULL THE PLUG. NO VOLUNTEERS FOR HIS VOLUNTEER (FREE LABOR) PROGRAMS, and he'll have to negotiate with Main Street Americans...tell us Mr. OBama....HOW MANY OF YOUR FAMILY MEMBERS HAVE DIED FOR AMERICA?

Illlegal Aliens...after you finished tongue sucking the ASS HOLE of both La Raza and MALDEF you kiss John McCain full on the lips and let him slip his AMNESTY POLICY straight UP YOUR ASS so you could spit it out your mouth as your own, marching Eric Holder, Janet Napolitano and Speaker of the House Pelosi out like good SS Generals to inform the uncleaned WHITE MASSES that there would be no Work Place Enforcements. Where is our fence, where is E Verify? We have 12.5 Million LEGAL AMERICANS OUT OF WORK, while you have your thumb up your ass, a smile on your face as you shake hands of every Illegal Alien as they cross the border to steal our jobs...FUCK YOU!

Curious here Mr. Obama...how can someone who is suddenly becoming as VILE AS HITLER EVER WAS live with himself, how can you look your own little girls in the eye over morning breakfast? If there is an Anti Christ, you seem to be vying for the job. I hope my words DO HURT Mr. OBAMA...maybe you need to truly UNDERSTAND MAIN STREET ANGER, need to hear from REAL FUCKING AMERICANS instead of surrounding yourself with your BEAUTIFUL SPECIALLY GROOMED SUPPORTERS as you HOLD FAKE INTERNET TOWN HALLS.

One last thing...your BOOMER Volunteer Program...FUCK YOUR SLAVE WAGES attempt at Slave Labor camps for Senior Citizens...if I wanted that, I could move to China and live under the Repressive Rule of President Hu. TWO TRILLION DOLLARS FOR CROOKS, but you want Baby Boomers to stay active BY TEACHING FOR TWO DOLLARS AN HOUR...DOUBLE TRIPLE FUCK YOU SIR! Do us a favor...PAY BACK ALL THE FUCKING MONEY SCUM LIKE YOURSELF STOLE FROM THE SOCIAL SECURITY SYSTEM SO WE CAN RETIRE ON TIME. GO TEACH FIRST GRADERS YOURSELF! We are not going to be part of a LYING FAKER's ALL VOLUNTEER EFFORT TO SAVE AMERICA!

Updated 7:02 p.m.
By Garance Franke-Ruta
President Obama has promised to change the way the government does business, but in at least one respect he is taking a page from the Bush playbook, stocking his town hall Thursday with supporters whose soft -- though far from planted -- questions provided openings to discuss his preferred message of the day.

Obama has said, "I think it's important to engage your critics ... because not only will you occasionally change their mind but, more importantly, sometimes they will change your mind," White House Press Secretary Robert Gibbs recounted to The Post's Lois Romano in an interview Wednesday.

But while the online question portion of the White House town hall was open to any member of the public with an Internet connection, the five fully identified questioners called on randomly by the president in the East Room were anything but a diverse lot. They included: a member of the pro-Obama Service Employees International Union, a member of the Democratic National Committee who campaigned for Obama among Hispanics during the primary; a former Democratic candidate for Virginia state delegate who endorsed Obama last fall in an op-ed in the Fredericksburg Free Lance-Star; and a Virginia businessman who was a donor to Obama's campaign in 2008.

Here are their stories:

Salmeron became engaged with the Obama campaign early in 2008, writing on his blog at my.barackobama.com, "We need to mobilize towards changing the trend of '2 to 1 Latinos favoring Hillary over Barack.' Let's make a resolute commitment... Let's put the facts on the table, ask the questions, until we understand how this all applies to us. Then strategize [sic] to get the word out to Latinos in America, who want change as much as everyone else."

He was a volunteer canvasser for the campaign, he told The Post, and did voter registration work and translated materials for the campaign, as well. A partner at Global Paradigm Strategies, Salmeron is volunteer "member of the Democratic National Committee" and continues to be active with the Obama campaign's successor, Organizing for America, which is how he got the White House invite, he said.

"I got a call from this woman who has been working with me for the pledge drive," he said, referring to the Organizing for America drive on behalf of the president's budget proposal. "You know, we're trying to get support out for the president's agenda."

According to Federal Election Commission records, Sawner made a $250 donation to Obama's campaign on Oct. 27, 2008. He also, as he noted Thursday, served as an adviser on Obama's educational platform committee. He said he was invited to the White House town hall through the U.S. Chamber of Commerce Small Business Executive Council.

Sawner's no stranger to the White House, either; he attended President Bush's Feb. 2008 signing ceremony for that year's economic stimulus package -- another Chamber of Commerce invite. And in April 2008, he even became an anecdote in one of Bush's speeches.

"And I met a guy named Tom Sawner," the 43rd president said at a small business summit. "Now, he's an old fighter pilot, which means there's no wall he can [sic] run through. He's a doer, an achiever, and he's got him a small business called Educational Options."

But the event with Obama, Sawner said, "was a whole different look and feel" than the one with Bush. "This is a president who is into openness." And he didn't know he was going to be able to ask a question until he got to the forum, he said.

3. Carlos Del Toro: Self-description: "My name is Carlos Del Toro. I served in the Navy for 26 years, retired four years ago, and started a small business."

In 2007, Del Toro stood as a Democratic candidate for the Virginia House of Delegates, but did not win. A supporter of Hillary Rodham Clinton in the Democratic presidential primaries, he backed Obama against McCain in the general, endorsing him in an Oct. 24, 2008 op-ed in the Fredericksburg Free Lance-Star.

"As a Virginia small-business owner, veteran, and Latino, I'm voting for Sen. Barack Obama for the same reasons as millions of other Americans: because I believe this country desperately needs change. Obama will change our economic policies to help middle-class families, promote the growth of small businesses, and increase funding for veterans' affairs, so no member of our armed services goes without the medical treatment he or she needs and deserves," he wrote.

He also has ties to the U.S. Chamber of Commerce's Small Business Council.

4. Linda Bock: "My name is Linda Bock and I'm a registered nurse just in Prince George's County, Maryland -- been there 34 years at a free senior health center. And I'm here with my fellow nurses from SEIU."

Bock, along with her chapter of the SEIU and her son and daughter, helped campaign and canvass for Obama, she said. After Obama was elected, she wrote in the Landover, Md., 1199 SEIU nurses' newsletter: "Now we have our work cut out for us -to hold our elected officials accountable. And I hope they hold us accountable too. We all have work to do to make the changes needed to restore our reputation, to heal the wounds of war, to repair our earth and regulate its resources; and, to secure our economic future. It will take sacrifice and service. It will take prayer and the grace of God. Now we have hope. We have President-elect Barack Obama. God bless America."

Her invite to the White House came through the Nurse Alliance Leadership Council, she said. And like Sawner, she didn't know until she got to the forum that it was open to the in real life participants. "I did not think we would be able to ask any questions," she said. "I wasn't personally anticipating being chosen to ask anything. We knew that the Web portion was people already lined up."

5. Bonnee L. Breese: "Hi, Mr. President. Thank you so very much for having me, a public school teacher from Philadelphia, Pennsylvania, here to be with you.
THE PRESIDENT: What's your name?
Q Bonnee Breese.
THE PRESIDENT: Good to see you, Bonnee.
Q Thank you. I'm from Overbrook High School. I have to say that, because I know all the children are watching. (Laughter.)"

Breese has not donated a reportable amount to Obama, according to the FEC. She is a member of the 11,626-person Pennsylvania for Obama page on Facebook.

A supporter of the president's -- "Of course!" she said -- Breese was invited to the meeting through the American Federation of Teachers union. She sits on the executive board of the Philadelphia Federation of Teachers, Local 3, she said, and is known in her area for being politically engaged.

The sixth in-person presidential questioner, "Ellie" from Maryland, did not give her surname. The White House did not respond to a request for it, but noted there were roughly 100 people in the audience.

"The audience was composed of approximately 100 people, including teachers, nurses, small business owners, and community leaders -- and the virtual audience of thousands across the country who have submitted questions online," said White House spokesman Nicholas S. Shapiro. "The White House reached out to a number of community groups and the chamber of commerce and those groups invited their folks to come and participate."

Posted by Royce Penstinger at 10:04 PM 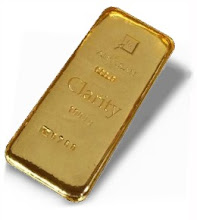 Below are links to individuals , companies, nations, churches and organizations we feel represent a risk to American Citizens and Legal Immigrants to America.

The link list includes any politician, company, or organization that we deem or believe has a Pro Illegal Alien/AMNESTY under the guise of a pathway to citizenship Agenda or is hiring, aiding and abetting Illegal Aliens, or foreign nations in denying Americans jobs through any means, including out sourcing of American industry. This would include China, NAFTA, CAFTA, MALDEF, National Chamber of Commerce, Association of General Contractors, the Catholic Church and Rep. Luis Guitierrez as examples.

Enemies Of The American Family